ATTENTION: THIS TEMPLATE IS DEPRECATED

What makes a startup choose a certain type of technology that again makes up very different technology stacks?

We'll have CTO's and senior developers from Ulabox, Quipu and Factorial explain their stack, why the stack looks like it does and what kind of challenges they've faced with because of their tech stacks.

And of course, bring your questions, these guys knows their stuff!

The three of them will quickly go through the stacks, pro's and con's and then we'll leave it open for questions, as well as enjoying some cold La Brava's later on! 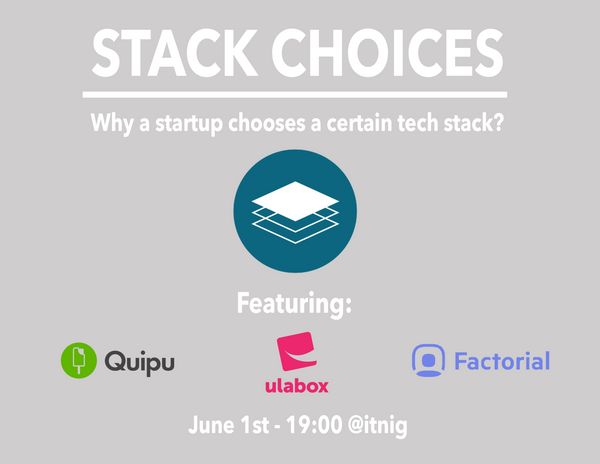